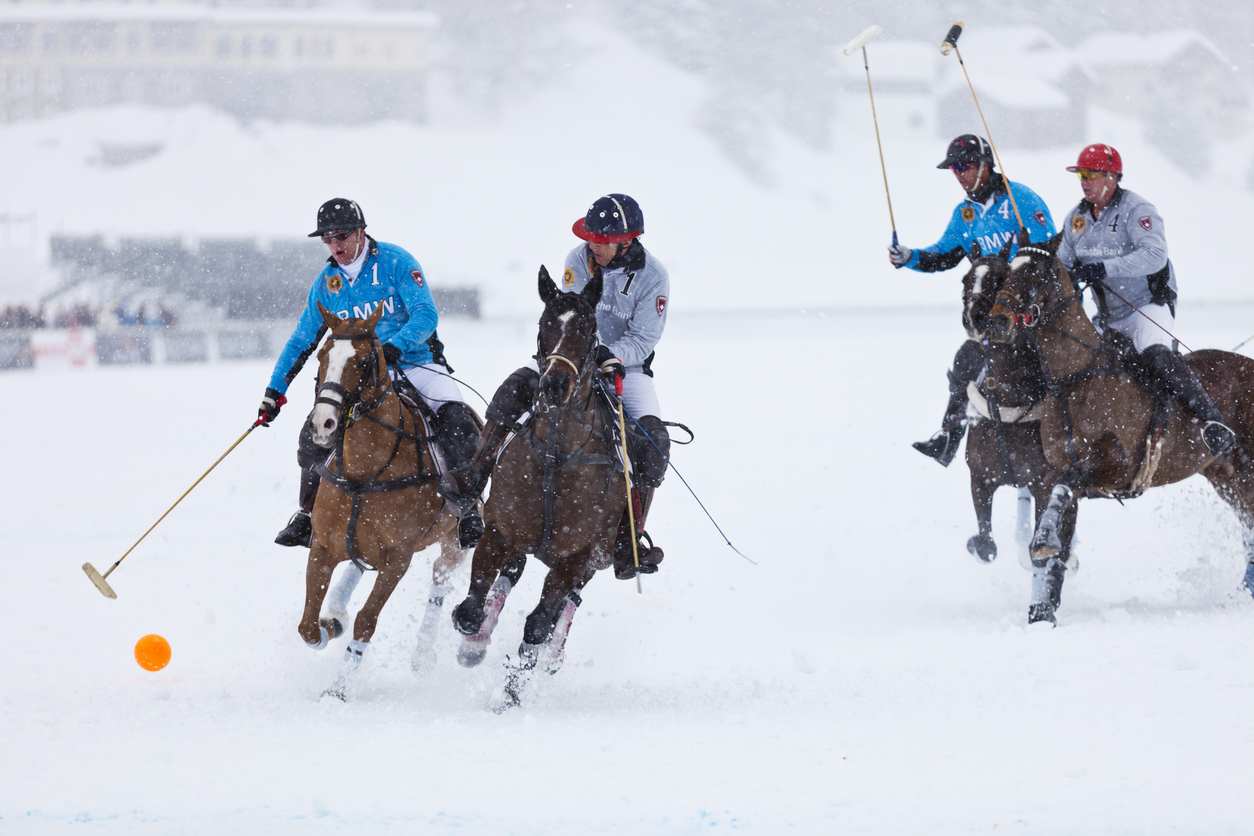 With the first snow polo match having occurred in 1985, this is one of the newest polo versions out there. Like the traditional polo, this sport is played while players are on horsebacks. However, while ordinary polo occurs on a grassed surface, snow polo occurs on a powder-covered field, which is usually a frozen water body. The ball used is also slightly bigger than that designed for regular polo.

Snow polo field is exactly the same size as that designed for traditional polo. Each end of the field has a goal post installe 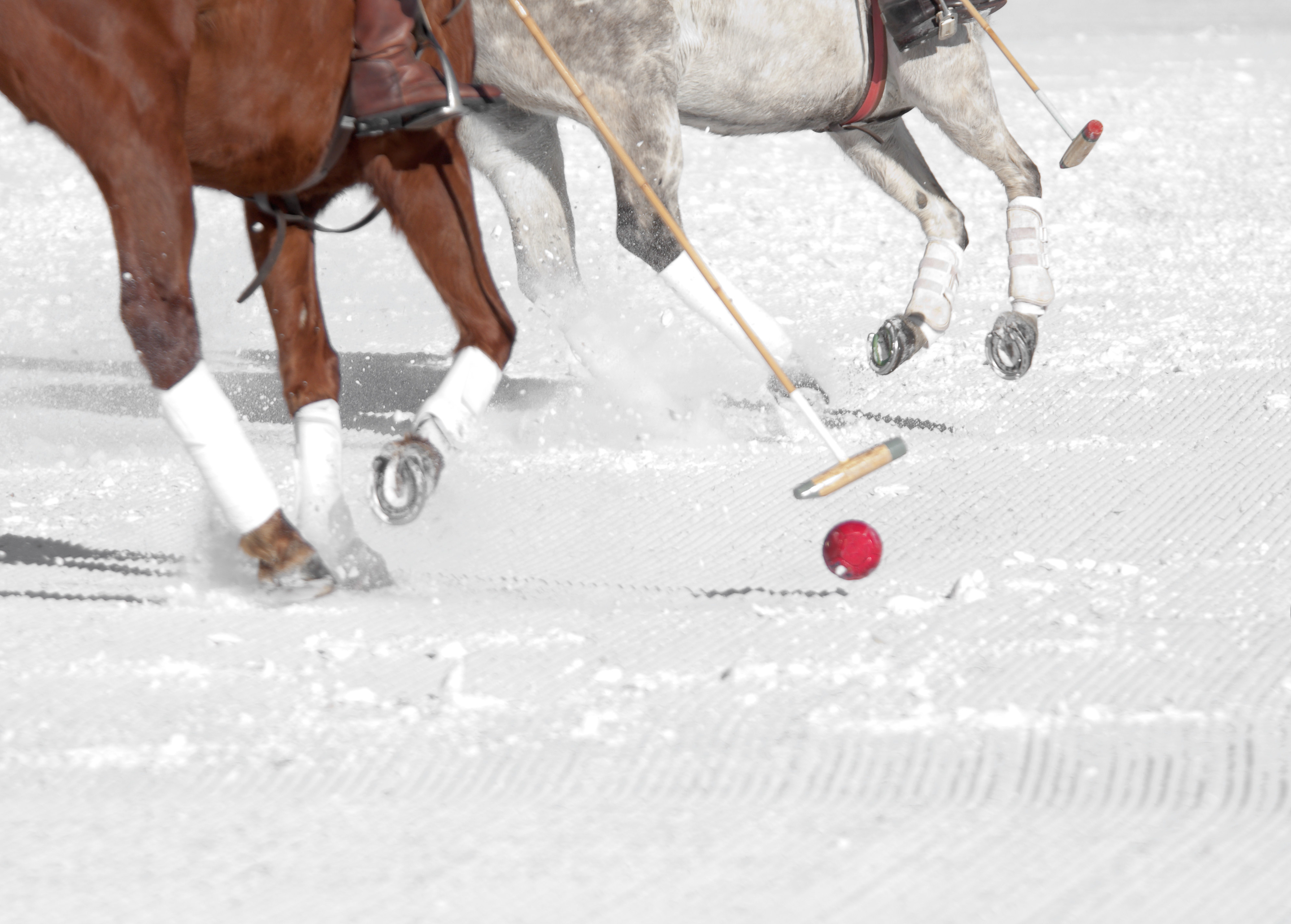 d, and the sticks used by players are much similar to those used by regular polo players. For visibility, the ball is coloured. The horses for snow polo have grips on their legs for stability while moving on the ice. The grips are also important for the safety of both the animal and the rider.

Each snow polo match is played between two teams, with each team having four players, and the rules of the game are similar to those of polo. You will see snow polo players changing horses periodically during a match. This is a rule, and a horse can be ridden only twice in a match.